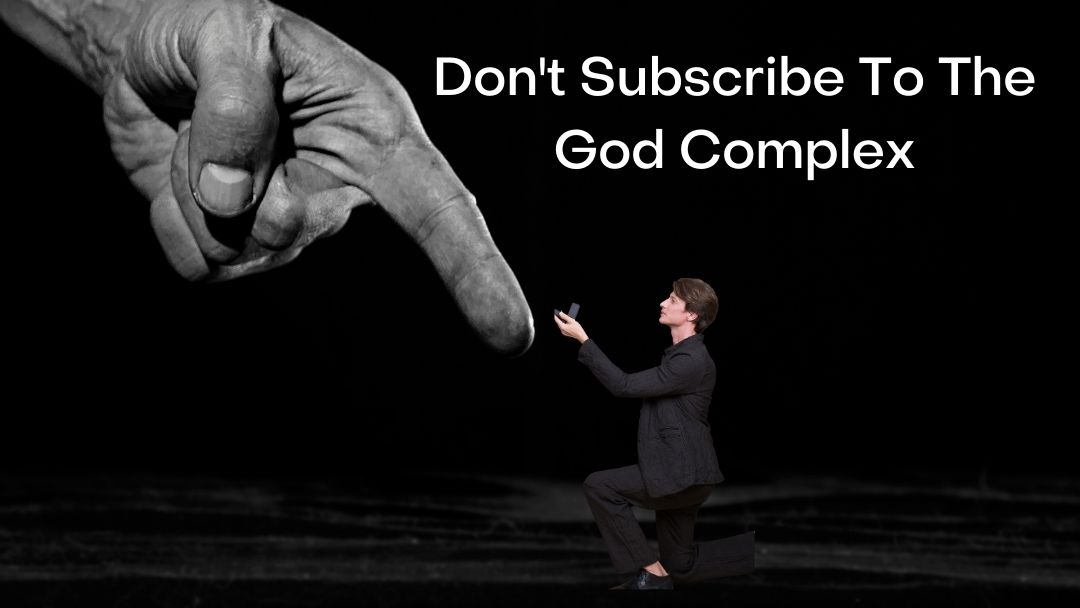 The problem with doing anything, like attending a training course or commission training from an organisation, is who do you take advice from? How do you safeguard yourself against things that could possibly go wrong and how will your preferred training support you if and when things don’t go as planned?

In the business world  there are many ‘gurus’ who will tell you that if you follow their ‘blueprint’ you will make thousands if not millions of pounds yet if you fail, you will blame yourself – probably because you feel inferior to the person who did make money.

You Did The Technique Wrong – It’s Your Fault

And in our industry sector where we train people to physically intervene and restrain other human being the same thing occurs. Staff are told by trainers that if they follow the training as taught it will work, but when it doesn’t they are hung out to dry with the training provider (and possibly even their own organisation) blaming them for “not doing the technique properly”. In short, the built in latent error in the system becomes a member of staff’s fault.

Now what some of these ‘experts’ suffer from is what Tim Harford refers to as the ‘God complex’.

What the God complex subscribes to is, is that no matter how complicated the problem, you (the God) have an overwhelming belief that you are infallibly right in your solution, even when you are wrong. And before you go any further, watch the video below ………

Now you can see the God complex around all of all of the time – in our politicians, doctors, in economists who predict the financial state of the country, weather forecasters – basically anyone who in the face of an incredibly complicated world are nevertheless absolutely convinced that they understand the way that the world works.

And they all have one consistent thing in common.

Their predictions are wrong in the vast majority of cases. 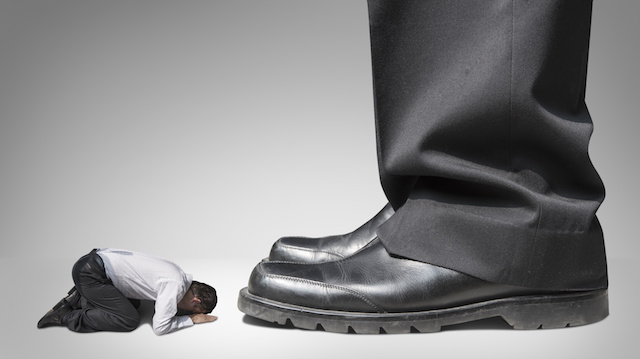 Part of my business is physical skills training and I see the God complex in many trainers who expect the people they train to treat them like little ‘Gods’.

These types of trainers advocate that their system is the best, yet it has probably not evolved very much or changed little since they (and possibly a few other little ‘God’s’) first ‘thought it up’.

In many cases they don’t listen to or take feedback from the many people who have told them it doesn’t work, preferring instead to believe that it doesn’t work because the person who it didn’t work for did it wrong – sound familiar?

This is where the God complex fails.

Trial and Error Works Every Time

But there is a system that works every time. In every complex system, this has been the way the solution has been found or the problem resolved. It’s called trial and error, but to do that we have to broaden our scope of expertise and involve more people. And most importantly we have to learn and implement change when things go wrong.

You see the whole process of growth and evolution can only be sustained by accepting failure as a natural (and sometimes very important) part of it.

As a human being we have evolved because of variation and selection, and so has every other animal and living thing on the planet, but it’s not just living things that have evolved this way.

Businesses Evolve This Way Too

In fact, all successful businesses that stay the course will evolve because of variation and selection – trial and error.

That means that providing you are willing to embrace change and be flexible enough in your approach, you will eventually end up with a product or service that will have evolved into something practical and workable – fit for purpose if you like.

Now trial and error is much more common in successful institutions than we care to recognise according to Tim Harford, yet many people make a very good living by giving you absolute solutions to complex problems – and because there are no absolutes these ‘absolute solutions will fail, and if we don’t accept failure we believe that we have done something wrong. 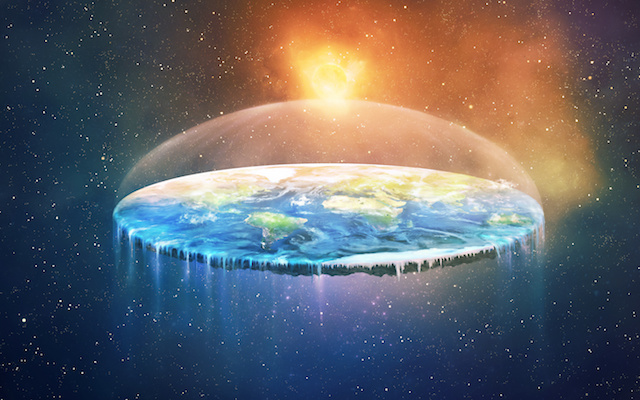 Now, remember, it wasn’t so long ago when people believed that the world was flat and that belief was promoted by those who had the ‘God complex’ and people were even put to death for challenging these experts!

Trial and Error Should Be Part of Your Training Approach

In the world of physical intervention, self-defence, etc., I have seen the same errors made by people time and time again.

A common one is where someone (as previously mentioned) normally combined with a few experienced friends, will devise a new system of self-protection or arrest and restraint. They do so on the basis that they are the best at what they do and as a result people would be mad not to train with them. But guess what? Yep, their new system doesn’t sell and their business idea fails.

An Example Of What I Mean In Our Industry

Working with one organisation we took over from a previous training provider whose approach to PMVA (the Prevention and Management of Violence and Aggression, which is the healthcare name for physical intervention and restraint) was; to put it bluntly, autocratic. In short, the training was imposed upon them and the staff and the organisation had no (or very little) input into the training.

The basic premise was that the training provider and trainer were the ‘experts’ and as such the people they trained should simply do as they were told and not question the training or the techniques. If there ever was any suggestion to change any technique then the issue had to be taken to a committee of more senior tutors. This committee would decide whether or not any changes could be made and had the ultimate final say.

When we took over we asked to see the audit trail for the training so that we could look at how the training had evolved over time and what had influenced it. But there was none. Basically the training being delivered at that point in time was the same training they had started with many years previous with no (or very little) evolutionary improvements made to it. In short they were still on version one of the system, even after many years.

Eleven years later and we had moved that same static system onto version sixteen of the training programme. How did we do that? Well it was quite simple really, we took feedback from every person we trained and changed the system regularly. We developed an ongoing process of evolutionary development within the training system. This was aided by the organisation setting up steering groups with representatives from various parts of the organisation, including trainers and board members.

In short, the organisation and it’s staff were actively involved in every aspect of the training and it’s ongoing development which gave them ownership of the training they were undertaking. That is a far better and more operationally functional model than the training being owned by a few ‘Gods’ with everyone else just doing as they were told in complete servitude. And there’s me thinking that modern slavery isn’t allowed. It’s still going on in different disguises.

And this is important because if something goes wrong, as it invariably will, a strong defence to any challenge is being able to evidence that you have a process for change and development so that lessons can be learned and acted upon, and those last few words ‘acted upon’ are key. There is no defence in replicating the same problem time and time again and just saying that you have learned from it. Those are hollow words.

“When Will Things Change?”

I was recently tagged into a BBC News article entitled ‘Leon Briggs: Police treatment of man before death was ‘shocking’.

I re-shared the post and commented on it saying:

“It echos so many similarities of previous deaths in custody that the question has to be asked when will things change?

In any other properly audited and quality managed system (restraint or not) change would have happened. In manufacturing for example faults and defective trends are regularly identified and changes or adjustments made. If not a business would never produce a product fit for sale and the business would go bust.”

Now I’m not criticizing the individual police officers because they are just agents of the system. But it has to raise questions about why so many deaths in custody or at the hands of the police occur in similar ways and why the training is not addressing this recurring problem.

For example the BBC Panorama documentary entitled ‘I Can’t Breathe: Black and Dead in Custody’ that investigated the death of Kevin Clarke and Sheku Bayoh draws similarities between the death of Leon Briggs.

But this isn’t new. I can remember the death of Christopher Alder, a former Paratrooper who served in the Falklands and Northern Ireland. The circumstances of his death were similar in many ways too as are so many others who have died in similar circumstances.

It’s Not Just The Police

But it’s not just the police, and I have to stress here that the police have a very difficult job to do which is compounded now by the ever increasing issue of having to deal with people who have mental health issues.

We have agencies who now expected to comply with additional standards and certification being imposed on them by little God’s who seem to know better. This is influencing and in many ways restricting what organisations can and can’t do in relation to the training that they provide for their staff.

In many cases the real experts are either not listened to or sidelined and ignored primarily because what the experts tell tem doesn’t sit with their own agenda. As for Health and Safety, that is now taking a back row because some of these agencies are now more scared of ‘not keeping the inspectors happy’ which can result in sanctions being imposed on them that will affect their business.

Will it prevent another serious injury and/or death. Absolutely not.

If you are intending to attend one of our Instructors Courses you’ll find no Gods there. Just people like you who learned from trial and error!