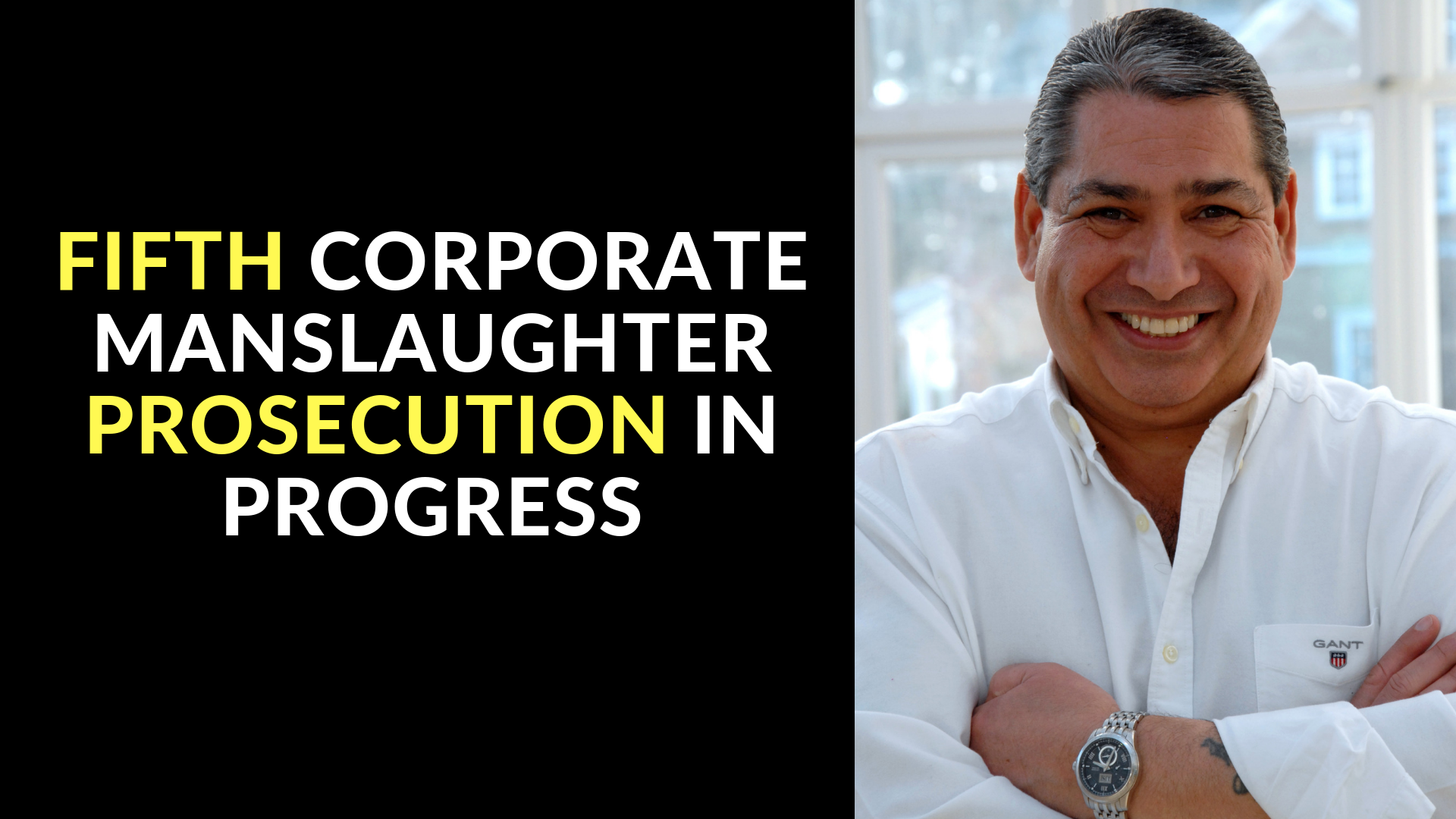 The manager of a coal mine in South Wales where four men died after it flooded has been charged with gross negligence manslaughter, the Crown Prosecution Service has announced.

This is the fifth prosecution to be brought under the Corporate Manslaughter and Corporate Homicide Act 2007 since the legislation was introduced and the manager of the mine, Malcolm Fyfield, is also facing charges on four counts of Gross Negligence Manslaughter.

Malcolm Fyfield, 57, is accused over the deaths at the Gleision mine, in the Swansea valley, in September 2011. MNS Mining Limited, which owned the mine, has been summonsed to face four charges of corporate manslaughter.

The Crown Prosecution Service has alleged that the way in which the activities at the site were managed by the senior management resulted in the company’s failure to ensure a safe system of work, and it is alleged that this failure amounts to a gross breach of a duty of care owed by the company to the miners which ultimately caused the deaths of the four workers. Malcolm McHaffie, deputy head of special crime at the CPS, said: “The deaths of four miners at the Gleision coalmine in September 2011 devastated the local Welsh mining community”.

He went on to say: “We have concluded there is sufficient evidence for a realistic prospect of conviction and that it is in the public interest to charge mine manager Malcolm Fyfield with four counts of gross negligence manslaughter”.

Fyfield was employed as mine manager by MNS Mining Ltd and it is alleged that he caused the deaths of four miners by mining into old, flooded mine workings in breach of health and safety regulations. In doing so the prosecution alleges he was grossly negligent.

Prior to this, another company in Norfolk become the subject of the fourth prosecution under the Corporate Manslaughter and Corporate Homicide Act 2007.

The organisation has been charged with corporate manslaughter following the death of a twenty-six-year-old worker, Grzegorz Pieton, who died from an electric shock whilst working for Belmont Nursery when the metal hydraulic trailer he was towing touched an overhead power line at its Belmont Nursery site in July 2010.

The organisation, PS & JE Ward Ltd, faces charges of corporate manslaughter and also of breaching Section 2(1) of the Health and Safety at Work etc. Act 1974, for failing to ensure the safety of its employees.

The common threads in all of these Corporate Manslaughter cases are:
1. Staff were working in areas or situations known to be dangerous.
2. There was a breach of the duty of care owed to the deceased by the organisation.
3. This breach resulted in the unnecessary loss of life.
In short, it was a clear failure to assess and manage the risk properly that has led to these prosecutions by the organisation and it’s senior management, which resulted in the company’s failure to ensure a safe system of
work.
So how does this affect you in relation to use of force training or operations?
1. In many cases there are little or no risk assessments that underpin any operational use of force or training provision.
2. If there are any risk assessments, these are normally locally produced documents that relate more to behavioural management processes as opposed to activity management (which is what risk assessments are generally supposed to be undertaken for).
3. These ‘risk assessments’ have normally been completed by individuals who have received no formal risk assessment training and therefore have had no formal assessment in undertaking or completing risk assessments, and;
4. The completed ‘risk assessment’ (done by people who are not competent or qualified to do them) are ‘accepted’ by management who sometimes do not check them because they are actually not qualified to assess whether the risk assessment is competently done or not because – yes you guessed it – they haven’t had any training either!
Risk Assessment Not Worth The Paper It’s Written On

In short the so-called ‘risk-assessment’ isn’t worth the paper it’s written on and the whole process is flawed leaving the organisation wide open to prosecution. What a recipe for disaster!
Think about it, do you think that you would be allowed to take your driving test with a driving examiner who hadn’t been formally trained as a driving examiner and who didn’t pass a formal driving examiners course or hold a full driving license?
Not a chance! Yet there are people out there, maybe even you, who are expected to assess risk – sometimes even very serious risk and hazardous activity that can lead to death – without any formal training.
It is worth noting that all of our trainer courses (including our BTEC Level 3 Restraint Instructor Award Course and our BTEC Level 3 Self-Defence Trainer Award Course) are underpinned by a suitable and sufficient assessment of risk.
Mark Dawes
Director, NFPS Ltd.