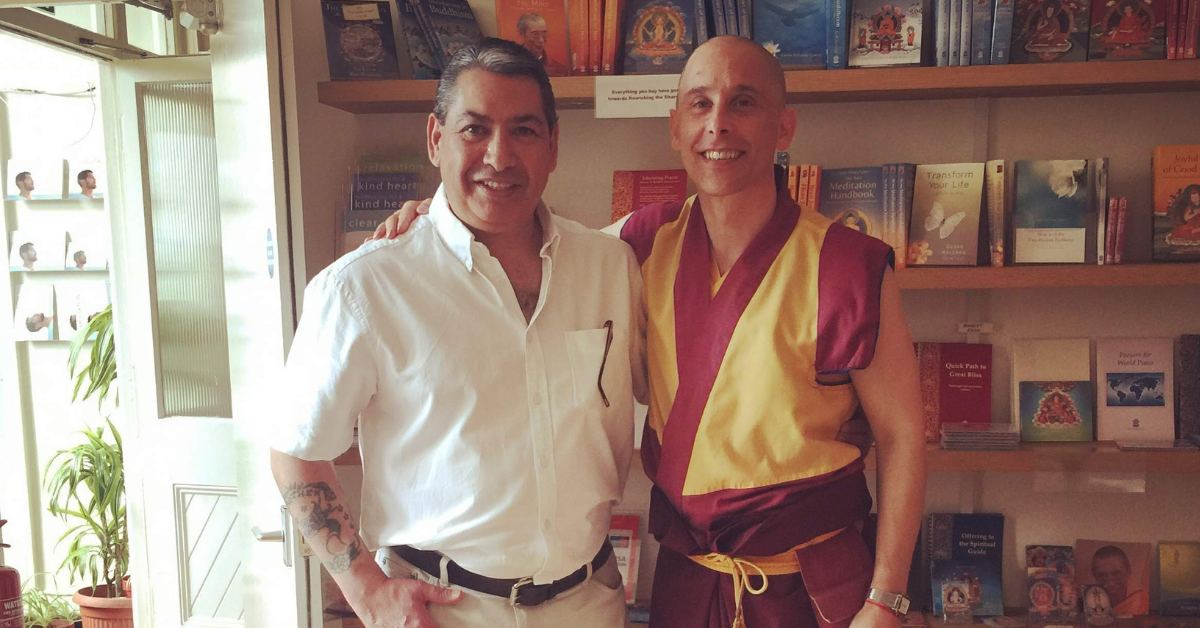 How A Buddhist Monk Kicked Me Into Learning Mindfulness Meditation

I read an interesting blog post by Tony O Brien entitled ‘Mindfulness for Security Operatives’ which you can read here – https://securityoperative.ie/mindfulness-for-security-operatives/.

In this article Tony talks openly and frankly about mindfulness meditation and how it has helped him since he was first introduced to it by one of his martial arts instructors about 18 years ago.

Then I came across a post by Michael O’Sullivan on LinkedIn which highlighted that thousands of security guards in the UK are suffering Post Traumatic Stress Disorder (PTSD), having been exposed to frequent episodes of verbal and physical abuse. This is based on research done by Professor Mark Button, Professor of Criminology in the Institute of Criminal Justice Studies at the University of Portsmouth. You can read the article here – https://www.port.ac.uk/news-events-and-blogs/news/security-guards-struggle-with-ptsd-and-lack-mental-health-support. 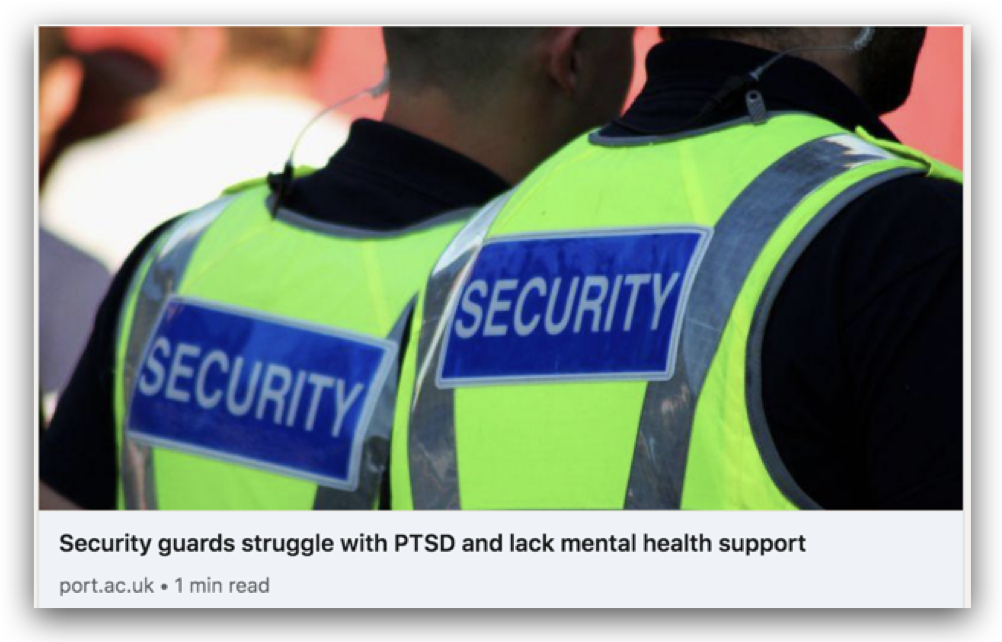 Is it any wonder therefore that so many security officers are suffering from PTSD.

But It’s Not Just Security

Now I am one-hundred percent behind the fact that people who are regularly being abused, both verbally and physically should have the support they need from the right types of agencies who should be providing it.

But what about each and every person doing their own part to and having an active role in their mental and physical well-being and health? And the reason I say that is – no-one knows you better than you know yourself.

One way of doing this is to practice mindful meditation and the beauty is:

“if you can breathe you can do it!”

Now some of you reading this will naturally be skeptical, and that’s a good thing because all a skeptic really needs is proof.

Some of you may be dismissive, and that’s a sad thing, because dismissing something without knowing all of the facts is not good practice, especially when that something will improve your health and well-being and possibly even save your life.

And us men. We are probably the worst and the reason is that some men may not find it a ‘manly’ thing to do or at least admit to doing it if we are.

But I’ve been meditating and using mindfulness now for many years and I can personally speak first hand for the benefits that it has had for me, especially running a business and bringing up a family and juggling all of those responsibilities whilst keeping things into perspective.

One of the main benefits for me in the early days was the ability it gave me to control my emotional states, especially anger. Yes, at one stage in my life I was your typical angry man (but I won’t bore you with the details now as that isn’t important).

I had also got myself and my family into deep financial debt and was close to losing my home and making my family homeless. So can you imagine someone who was brought up with traditional values such as men are the ‘breadwinners’ and provide and look after their family, and here I was in a position where I had achieved the complete opposite. It was possibly the lowest point in my life and one in which I seriously considered ending it. That’s how low I had got.

It was at that point that a friend of mine decided to help me despite my attempts at refusing help and if you’ve ever tried to help someone who is at a dangerously low point in their life you’ll understand what I mean.

Anyway, one day he forced me into going to a party and he had to work hard at that because I tended to avoid party’s because I didn’t want to be around too many people. But he nagged and nagged and in the end I went, just to keep him quiet.

On arriving at the party he introduced me to a buddhist monk who was sitting at a table in the corner of the room. It was pretty surreal because there was this monk, sitting there in his orange robes drinking water, whilst everyone else was getting drunk, dancing and having a good time. Later on I found out that my friend had arranged for the monk to be there just to meet me.

When I was introduced to him I sat down opposite him and shook his hand and he said “You’re the angry man” with a smile on his face. I didn’t quite know what to make of that so I said “it’s nice to meet you too”, at which point he kicked me in the shin. “What did you do that for?” I asked. “What?” said the monk. “Kick me” I said. “When?” said the monk. “Just now” I said, starting to get a bit irritated with him. “Oh that”, he said. “That’s not important and anyway it’s in the past now” he said. “But you kicked me!” I said. “When?” replied the monk and I was just about to say something when he kicked me again. “You did it again!” I said, my temper now beginning to rise. “Did what?” said the monk. “You kicked me again!” I replied. “When?” said the monk. “Just now” I said, “Oh, that’s in the past now too” he said. “But that’s not the point” I replied. “Did it hurt?” asked the monk (who had only gently kicked me in a pair of sandals he was wearing over his socks). “No it didn’t, but…” I started to reply when he said “Why are you angry about something that didn’t hurt you and is now in your past?” and he said it in a way as if he was genuinely curiously interested in my answer. “Pain and suffering is caused by holding on to things that no longer matter or worrying about things that are in an undecided and uncertain future”. With that the monk got up to leave, shook my hand and handed me a note with an address on it and a date and time. “See you then and please don’t be late” he said as he waved goodbye and left the party leaving me completely confused but just intrigued enough to want to know more.

On the time and date given to me I went to the address, which was a Buddhist temple. When I got to the door I hesitated. For some reason my finger just wouldn’t ring the bell. I seemed to stand there for what seemed like ages when the door opened and the monk greeted me. “That bell has never works for those who don’t use it” he said smiling and gesturing me into the house.

We talked for ages and that was my introduction to Buddhism and since that day I have regularly attended Buddhist temples, studied mindfulness meditation and meditated daily.

Oh, and the reason I didn’t ring the bell is a simple one. I could deal with hostility, violence and aggression and I had built up coping strategies and been on numerous training course to learn how to deal with and manage violence and aggression (at least so I thought at the time). I was your typical ‘stiff upper lip and men don’t show their emotions’ type person. But what I learned that day at the temple door was that I suddenly realised that what I couldn’t deal with was someone being genuinely nice and kind to me.

While there is an abundance of information on what we should all be eating and drinking, how much sleep we should be getting and how much exercise we should be doing, if you look for a widely accepted, evidence based recommendations around the mental health equivalent to a mental jog around the block or your five a day fruit and veg, there is virtually nothing, apart from the peer review, evidence-based research into mindfulness meditation.

Many people don’t understand the massive benefits of mindfulness meditation and how it can help them take control of their lives.

For example, research has shown that functions vital to our well-being and quality of life, such as perspective taking, attention regulation, learning and memory, emotional regulation and threat appraisal can be positively influenced by thinking in a more positive way.

Mindfulness meditation has also been proven to reduce the effect of psychological stress.

People who had psoriasis healed at four times the rate of those who received the same treatment but didn’t meditate.

In corporate settings it showed that employees were handling emotions such as anxiety and frustration more effectively.

People who were given a flu vaccine at the end of eight weeks of training had a much stronger antibody response then those who did not meditate.

A study at UCLA and Carnegie Mellon University showed that learning how to use mindfulness meditation reduced loneliness, a major risk factor for health problems, especially in the elderly. What it did was reduce the expression of genes related to inflammation, a core element of cancer, cardiovascular disease and Alzheimer’s disease.

Mindful Meditation Is Available To Everyone

Mindfulness meditation is also available to anyone, anywhere at any time. It is also free or reasonably low cost.

It is available to anyone regardless of their education or life circumstances and it can fit into the busy schedules of the reality of the lives people live today.

And most importantly, it is based on a solid foundation of scientific evidence.

So what’s stopping you?

Also, if anyone is interested in learning more about mindfulness meditation I’m happy to help advise and (time permitting) run some sessions so at least you can find out more about it, and I’ll do it for free if that helps.

And once again a big thank you to Tony O Brien for your article Tony. I’m glad that you had the true courage to share that with us all.