Personal safety is all about being aware. Aware of your surroundings, your actions and the actions of others.

Personal safety awareness is also about where you are going and how you will get there. Whether that is by walking, on public transport, by taxi or in your own car.

Your home is also another environment where you can apply some simple personal safety strategies to reduce the risk of you being burgled, especially when you are away.

It is also about your interactions with others. Your personal space, body language and tone of voice (because sometimes it’s not what you say but how you say it that can trigger a hostile response).

As a general summary, your personal safety is the ability to recognise and avoid any possible harmful situations or persons in your surroundings.

Although violent crimes are still comparatively rare and account for a very small part of recorded crime, society is becoming more aggressive and violent in certain situations. The risk of knife crime has increased in recent years with stabbings and killings in virtually every major city in the UK.

But there are still victims

In July 1986, Suzy Lamplugh, a 25-year-old, disappeared during the course of her work as an estate agent while showing a client round a house in Fulham.
This happened in broad daylight and in the middle of a working day.

On the 21st March 2002, Amanda Jane “Milly” Dowler, a 13-year-old English schoolgirl, was reported missing by her parents after failing to return home from school and not being seen since walking along Station Avenue in Walton-on-Thames, Surrey, that afternoon. Following an extensive search for her, her remains were discovered in Yateley Heath Woods in Yateley, Hampshire, on 18 September. She was abducted and murdered by Levi Bellfield who admitted to her murder in 2016.

And there have been many others too, James Bulger, Sarah Payne. 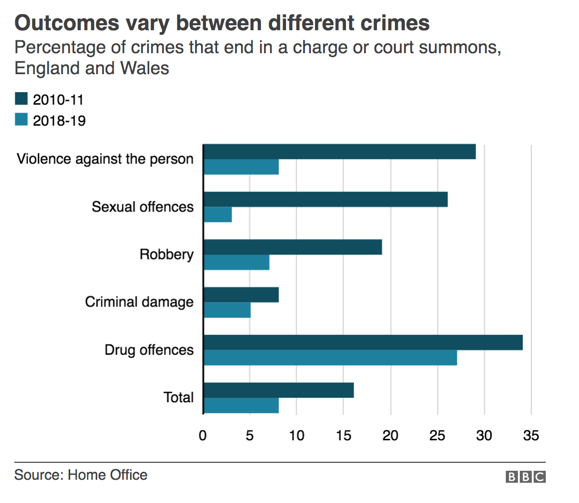 The BBC reported in January 2020 reported that:

“Only about one in 14 crimes reported to police lead to a suspect being charged, official statistics have shown”.

And there is also a trend in people being robbed.

In the Sun newspaper in August 2019 it reported that:

“barely 1 in 20 street robberies caught on cctv are solved by the police”.

It also went on to state that:

“A mere six per cent of the annual 6,256 filmed muggings in London end up being detected” , and that’s just in London!

The BBC also reported in April 2020 that: 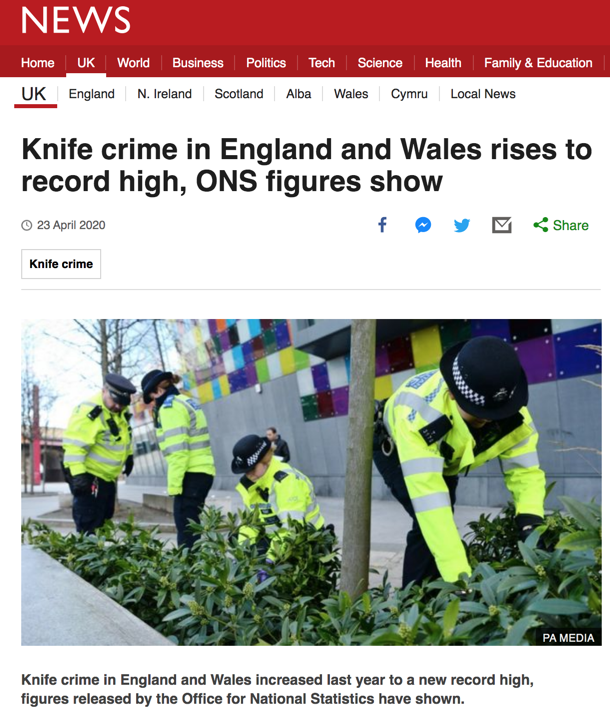 Figures from the Office for National Statistics said that:

Add to that falling police numbers and the fact becomes clear. The responsibility for your personal safety must start with you!

The Guardian Newspaper reported in February 2019 that “Sexual misconduct is rife at UK universities, with more than half of students saying they have experienced unwanted advances and assault, ranging from explicit messages to rape, research shows.”

It’s not just the young!

new research from Cardiff University has suggested that binge drinking among people over 50 could be behind a sharp rise in violence within the age group.

In April 2020 the Independent newspaper, reporting on the research study, stated that:

Being burgled can be a terrifying and traumatising experience. And considering that one happens in the UK every 106 seconds the personal cost of being a victim of crime is also high.

The thought of a stranger being in your home can be very distressing and victims report that they feel “violated”. Some people blame themselves especially if they forgot to secure a window or lock a door, or conned by someone that they allow in.

The trauma being burgled causes can stir up a wide range of thoughts and feelings. The initial shock, anger and fear can give way to a sense of helplessness, guilt and panic.

These feelings may in some cases turn to grief, sadness, despair, mistrust and vulnerability.

The effect on children to can be long lasting. It can leave them very frightened and may need reassurance, even if they don’t talk much about what’s happened.

Many items stolen are irreplaceable and some people lose items of significant sentimental and personal value, which can be obviously be very upsetting.

Being robbed, burgled and/or assaulted has it’s costs. It can devastate you. It affects your mental health and the quality of your life. Imagine being scared every time you leave your home. Is that level of stress worth it.

How Much Is Not Being a Victim Worth To You & Your Family?

This course covers the following topics:

1. An Introduction To Personal Safety Awareness

8. Having a Safe Night Out.

The Personal Safety Awareness Course is also all online so you can study at your leisure whilst keeping yourself, your family and loved ones and your home safer.

The investment in this course is £X’s and when you consider the alternative, it may well be the best value for money course you will ever invest in.

To enrol in the course now choose your payment option below.