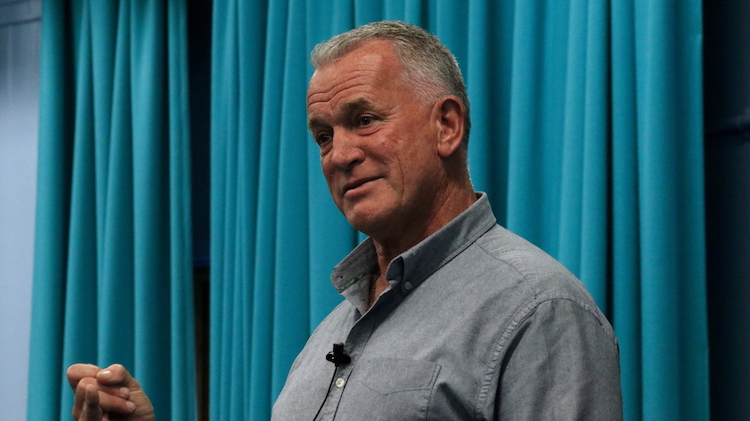 Everyone who is anyone in Close Protection knows ‘Ginge’, but if you don’t know him here is some info about Ginge.

Ginge Johnson has been involved in personal security for over twenty-five years since leaving the Special Air Service Regiment in which he served 13 years.

He has operated in virtually every hostile environment on earth. There is literally no-where that Ginge hasn’t operated in.

At one time he was flying around to various parts of the world between five – fifteen times a month on executive protection duties, training assignments and going into environments that the police, national guard and local militia would advise not to or wouldn’t go into. This is how much in demand Ginge’s services where and are.

During those times he has been confronted with many conflict situations which included a knife, and it was his training, knowledge, awareness and experience and skill that kept him and the people he was looking after safe.

During his career, Ginge has developed a wide range of skills including counter-terrorism and VIP protection.

Ginge joined the private sector in 1990 and has worked for a number of private security companies operating as an international security consultant.

He has experience working for Government officials, multinational companies and senior executives and has become recognised as one of the leading experts in the field of VIP protection and business security.

Over the years Ginge has been responsible for the training of various close protection teams and operated exclusively as a security coordinator within high and low-level personal protection.

During the past 10 years, Ginge has been involved in designing and delivering security awareness and personal safety/conflict management training for high network corporations and families living or travelling to high-risk regions worldwide.

Currently, Ginge has been asked to be part of a Close Protection Expert Group with the Security Industry Authority to review the current National Occupational Standards with the SIA in relation to Conflict Management and Situational Awareness within Close Protection, to bring it more up to date with the needs of current close protection operatives.